If you miss these things while living abroad, you are probably German – Part 2

I’m back with the second edition of things you only miss when you’re German and live abroad. In our first part we talked about buying bread (#1), talking too much about Germany (#2), drinking beers (#3), cycling to the shops (#4) and getting naked in public (#5).

In this post, I want to talk about other things that you can easily get used to while living in Germany that you may have to adjust when moving to an English speaking country. In my case, it’s beautiful Australia.

Reading this will probably help you understand your German friend, partner and their family. They don’t want to weird you out on purpose, it’s just the way they grew up.

6.) Queuing up in an orderly manner 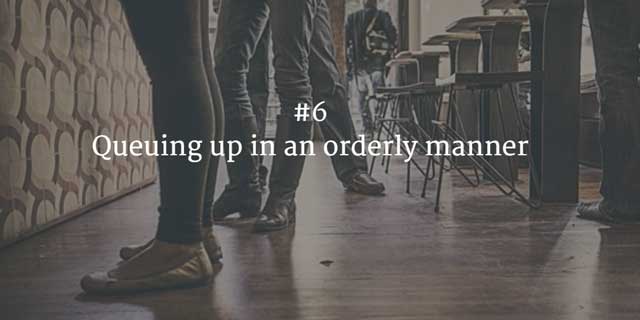 All of a sudden, I have to queue up in an orderly manner. Germans can’t queue up properly. I remember in school, before our trip to London, our teacher showed us a little video, so we know how to queue up. Having got used to jostling your way to the front of the line, it will be complicated to overcome your habits.

There’s always this fear that you could miss out on something fantastic when you are waiting in line, doomed to do nothing but to rely on strangers to get your fair share.

Like queuing up at the checkout at the shops. You would think Germans would have figured out how efficient it is to queue up in an orderly manner. But no way. Yes, we love being efficient, but Germans also tend to be openly competitive.

That means everyone wants to be the first in line; the one to save those 3 seconds at the register. When a new one opens, we all start running, elbowing everyone and everything that could possibly come in our way. We all want to gain the first position, and we are prepared to do everything to make that a reality. No doubt, it’s always a complete massacre.

Now, I patiently wait in line. When a new register opens, I resist the first impulse by counting until 5 and standing still. Usually, I also suggest to others that they should go first if I know they have been waiting longer than I have.

I am so proud of myself! I hope you are too.

7.) Studying will cost you dollarydoos 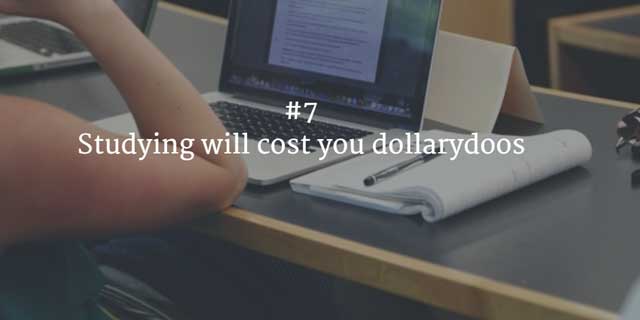 Studying at German universities will cost you exactly zero dollars. It’s free. Even though it has been portrayed as the new thing Germany has come up with, studying at German universities has always been free of charge. Some states introduced a small fee like €500 per semester some years ago, but the tuition fee for all undergraduate studies has now been abolished in all 16 states after nationwide demonstrations wouldn’t subside.

Germans believe in the benefits of free education. Education is an asset of prosperity that Germans work hard to obtain and then show of in form of titles and doctorates.

Truly, Goethe, Kant, Schiller or Nietzsche wouldn’t have come up with all those awesome ideas if they had been slaving away at a conveyor belt.

By the way, international students benefit from the abolishment as well and also study for free. Time to move to Germany and become one of those fancy intellectuals.

8.) You gotta do that smalltalk thing 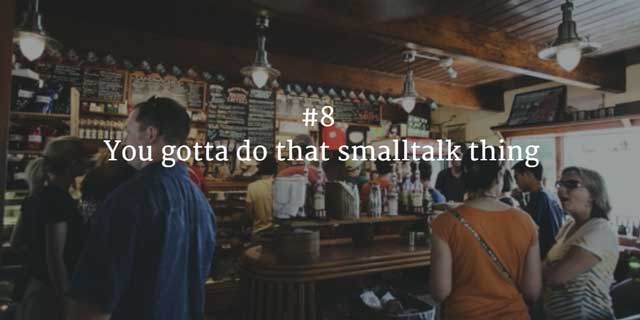 Germans don’t really do much smalltalk. Why would you like to exchange information if there’s no information to be put across? Definitely not for just the sake of chatting! What a silly idea.

Usually, smalltalk in Germany comes in handy only when you’re trapped in a lift with your neighbours and it’d feel really weird to wait out in complete silence. Only then, having a chat might serve a purpose. But any other time we usually opt out, and aim for peace and quiet. Sitting there in silence is not awkward to us.

There are actually several words and idioms/proverbs in German for people that simply talk too much:

I’m not saying it was really hard to get used to having a chat, even though you could also easily escape. But indeed, it took me a bit to get used to it and I’m still far from having mastered the Australian art of smalltalk.

Although, last time I was in Germany, I found myself smiling and chatting away with a cashier, a baker and this person making these delicious crepes when stopping over at Mannheim Hauptbahnhof. Who would have thought that would ever happen to me? I certainly didn’t.

Of course, not all Germans are always on time, but people expect you to be punctual at work and family and friends appreciate the same.

Say, you’re invited to your friend’s house for 3pm. Of course, you’ll be handing over your Nudelsalat to the party-giver at exactly 3pm. Sharp.

But be careful, you don’t want to be early either. What if your host is not ready yet, still getting dressed up and you would interrupt their well thought out preparations? That’d be like arriving in your nightgown to a cocktail party. It’d be really awkward. Just turn up on the dot.

I know not everyone breathes punctuality. Depending on the situation, here in Australia it can even come across rude when you show up too soon and expect everything to be ready for you.

I realised I had to find a way around all this, by not being too pushy but still accommodating the German inside me.

The solution was what we could call ‘punctual lateness’. Just show up exactly after double the estimated time. Hence, you can be late but also on the dot.

When I’m asked to wait for 5 minutes to pick up my takeaway coffee, I’ll show up in 10 minutes instead, right on time to pick up my freshly made ‘long black’. When waiting for my bicycle to be fixed at my local bike shop, I usually add another 30 minutes to the roughly calculated half an hour, walk in and pick up my bike as they’re walking it out of the workshop.

It works really well and I can still always be on schedule, but no one knows about it, har har har. 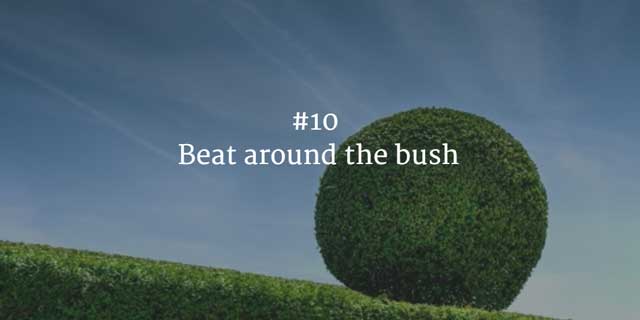 We expect restaurants to split bills, and never forget to add up the € 2.59 our friend still owes us from our last night out. We expect everyone to follow through with our calculations. We tell our best friend they look fat in that dress they just bought and we don’t mind telling them they are too old to wear those fancy jeans. We let them know that the pimple on their face could be named Mount Everest and that their apartment would look better if they put the couch here and the table over there.

We do it all the time. So annoying, I know. But Germans think that’s being helpful. ‘What if they don’t know it could be better? We gotta tell them!’ is what Germans think.

Unfortunately, it doesn’t work like that when you’re not in Germany. You’re better off beating around the Australian bush and wrapping your German tongue in a bit of bubble wrap because being rude is what Germans actually want to be the least.

In fact, I’m fine with everyone ignoring the gigantic pimple in my face as it makes it easier for me to do the same. Not having to apologise for something I can’t change anyways isn’t too bad either. I really appreciate it. Thank you Australia!

Is there anything I forgot to mention that you want to add? What is it that makes you sad about not being in Germany? Please tell me about it in the comments.

8 replies on “If you miss these things while living abroad, you are probably German – Part 2“