We want to talk about how to order at a bar, pub or restaurant with courtesy. Being polite is as important in Germany as it is in any other country, but Germans do have some mannerisms you need to be aware of.

In another blog post we talked about how to request something politely when speaking German. Since we’ve learnt the basics, we can specialise today.

Don’t commit a blunder and get kicked out of your favourite venue by following these simple tricks:

First of all, we’ll talk about why it’s better to not put your translation skills to work, and after that we’ll show you how to order your food or drink with correct spoken German.

Table service is common in Germany 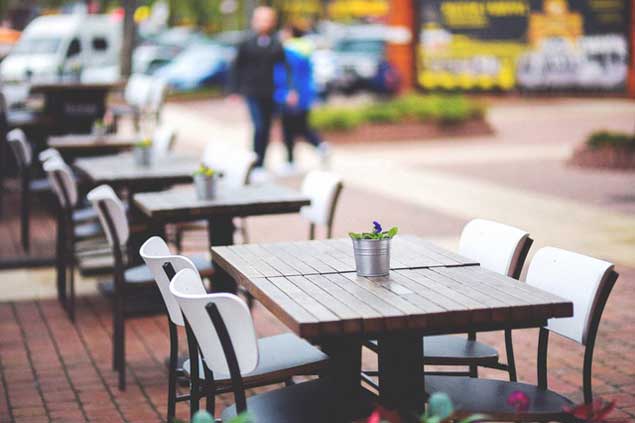 At restaurants or pubs, there will most likely be table service. So just show up, check to see where the waiter/waitress is, confirm you have their attention by nodding, pick a table and take a seat.

If you are unsure, just wait by the entrance, someone will come over to take you to your seat, or otherwise signal to you to take a seat wherever you like.

After a couple of minutes, the waiter will rush to your table to hand you the menu and leave it with you. Closing the menu will let him or her know you are ready to order. 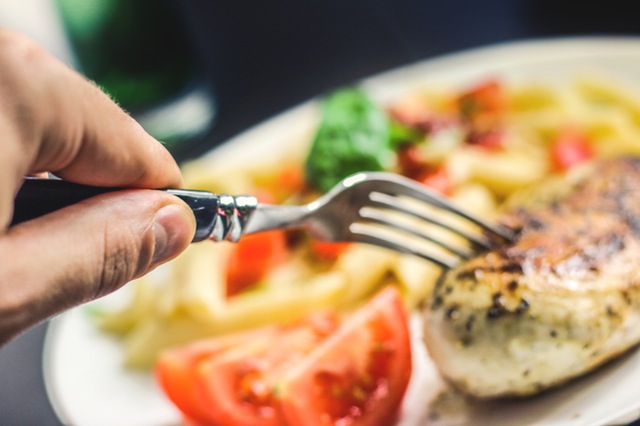 And off we go. We’re ready to order:

“I will have the chicken schnitzel with the chips and the side salad.”

Let’s make it a German sentence:

This sentence looks promising since we are using the dative after the preposition mit and have consequently changed die Pommes into mit den Pommes and der Salat into (mit) dem Salat. Well done.

Germans usually use the present tense instead as in Ich fahre nächste Woche nach Deutschland. (Lit.: I drive to Germany next week.)

When you order your schnitzel and say:

You probably think you are saying:

I will have the schnitzel, thank you.

But you are actually saying:

I am going to have this schnitzel, no matter what. I don’t care if it’s not even on the menu. You’d better have schnitzel here in the next few minutes, because otherwise…!

That’s a straight-up threat to Germans.

How to politely order in German

I’ll show you how to order instead.

Using the present tense of nehmen:

Using the subjunctive of nehmen:

Using the subjunctive of haben:

Ich hätte gerne das Hähnchenschnitzel. (Lit.: I would have/would like to have the chicken schnitzel.)

Ich wäre soweit. Ich hätte gerne das Hähnchenschnitzel. (Lit.: I would be/was ready. I would like to have the chicken schnitzel.

Or simply use möchten:

That’s it. Well done! Bear these little tricks in mind and you’ll be fine (having an accent will most likely help you out of any cultural trouble anyway).

In short, here is what you want to remember

When ordering in a German speaking country, say

I wonder if you have ever threatened the waiter at your favourite German café or restaurant without knowing about it? Let me know in the comments.